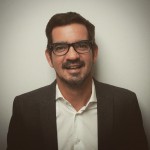 Ricardo Torres is a media & entertainment executive specialized in digital distribution and pay television licensing, who started HuBB Media & Entertainment, after serving as an exclusive full-time consultant to Sony Entertainment Network in Content Acquisition and Strategy on an international level. With a global network built across North America, Europe, LATAM and ANZ, his experience covers both the digital service perspective through Sony, as well as the content provider perspective through Spanish Vértice 360º , where he managed to position its film distribution arm as a leading one in digital distribution in Spain, opening doors previously only accessible to major studios in the territory. He has negotiated licensing agreements with international video on demand services from Microsoft, Sony, Apple, Rakuten, Netflix,  HBO and Amazon, with international television networks such as Sony, Fox, NBC Universal and AMC, with local MVPDs such as Telefonica, Ono/Vodafone, Orange and Jazztel, as well as with leading international content providers such as Studiocanal, RAI, Nordisk, Lionsgate, Turner, MTV, IMG, amongst others, and several local independent content providers across the territories of Spain, Portugal, Italy, France, Germany and the UK. As a former Head of Distribution for Portugal for the boutique independent film distributor Notro Films (acquired by Vértice 360º), and as a former Strategic Marketing Manager for EMI Music Brazil, he holds a broad and international experience in film and music business models, and more than fifteen years of experience in the industry overall.

Ricardo Torres holds a M.S. in Economics from the Pontifical Catholic University of Rio de Janeiro – considered as the Brazilian think-tank in Economics, published his thesis in the field of Empirical Finance in a prestigious local academic publication, and worked in the financial industry prior to moving into Entertainment. His journey into Entertainment began in Los Angeles, where he completed the University of California (UCLA) Extension Programs in Business & Management of Entertainment for Film, Television and Interactive Media, and in Music Business.